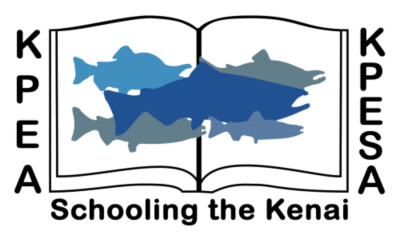 If you are a teacher or an education support professional, we welcome you. Join the NEA to access member benefits, and to help us advance education on the peninsula.

Thank your teachers and support professionals!

Teachers and support staff make the difference in your children's lives. Let us know what they're doing for your students so that we can celebrate them!

Representing educators and education support staff on the Kenai Peninsula

We do not have a Contract with the School District. The article is about the Borough employees reaching an agreement. Congratulations to them! We need to continue to advocate for a contract!

Educators packed the school board meeting to communicate their frustration with a lack of movement on a contract.

Staff at West Homer Elementary early in the morning, walking in to work together right at the beginning of contract time to express frustration with our lack of contract since last year.

What Do Teachers Make?

Let’s not balance the budget on the backs of our students!

Looking towards the holiday break, your bargaining team wanted to provide everyone an update.

After the October bargaining session, KPBSD leadership rejected our package proposal. The District stubbornly refuses a salary increase on the pay scale. The district also refuses to shoulder their fair share of health care costs and instead continues to shift costs to employees. Rather than work toward a contract, KPBSD leadership made it clear that they are willing to spend money to fund consultants and administrative programs rather than paying for their current employees.

KPBSD leadership could have offered a counter to our October proposal. Instead their answer again was NO. If the district runs out the clock, as they have done in the past, you will likely get no contract changes for this year and only more uncertainty. Meanwhile other Districts around the state have worked together and are settling contracts.

The Anchorage Education Association just settled a very fair contract with raises equivalent to 2% each year. Ketchikan educators reached a similar agreement. These Associations and their respective Districts face the same financial constraints we do but they have been able to reach agreement at the table without resorting to bait and switch moves like KPBSD’s “Special Enrollment Period”.

AEA had two consecutive years of difficult bargaining and responded in strength. They won their raises because of inspiring and active leaders in every building and engaged members willing to stand together for what they deserve. Their involvement led to a powerful walkout at a school board meeting which has since become national news. Video coverage of that is here. We strongly encourage everyone to watch this powerful demonstration of collective action and solidarity. https://www.ktva.com/story/39423144/this-is-what-is-coming-teachers-walk-out-before-asd-talks

Our union is as strong as its members. If we want what Anchorage or Ketchikan won we need to act together. KPEA and KPESA held our first Picket Captain training in November. More will follow! We’re getting ready and we need you on board. Victory will take all of us acting together. Your building needs a leader and active union volunteers. KPEA and KPESA can provide all the training, information, and tactics but we can’t do it without you.

This is our Union. Yours and mine. We can’t wait for someone else to stand up. And if we do nothing we will get nothing.

The holidays are a busy time. The last thing we want is to add additional stress to what should be a merry time of the year. Enjoy your Holidays. Rest and relax. We’ll keep up the fight in 2019!

All I want for Christmas is A FAIR CONTRACT NOW! Arbitration is scheduled for February 26th and 27th. But strike season starts in January.

Please take a moment and vote for your 2019 Delegate Assembly representatives and 3 suggested amendments to the KPEA Constitution and Bylaws:

The amendments were approved by our Policy Assembly and leadership supports these changes, many are in response to changing laws, some will improve the way we do business. Click the link below to vote, your log in username is your last name and your password is your membership number printed on your card or call 1-800-996-3225 and they can look it up for you very quickly!

The bargaining process is in its 10th month already and next week we have two opportunities to stand together in solidarity and insist that the school district gives us a fair contract ASAP!

Before the school board meeting on Monday the 15th there will be a rally and sign waving beginning at 5pm. WEAR RED and show your support!

Wednesday the 17th at 6:00pm in the Skyview Library, we will meet with the district again to give them an opportunity to reach a settlement before arbitration. It is vital that we have members show up and support our efforts to get a contract that values the dedication to our students.

Thank You to Myla Liljemark!

Shout out to you for keeping my girlios interested, intrigued, informed, and inspired by your class! They may not be physically in class with you, but you make your presence known through your energy and passion for showing your students the big picture. I wish every student could benefit from your incredible approach to social studies and how we are all connected through time and culture.